The Buick Enclave, a luxury crossover SUV which is available with seven or eight seats, makes an excellent family vehicle. This Buick has a robust powertrain that incorporates a V6 engine under its hood and optional all-wheel drive. There is also signature StabiliTrak technology which gives an extra boost in difficult situations.

In the technology department, the Enclave boasts the IntelliLink infotainment system with GPS navigation, Wi-Fi and SiriusXM reception. An 8-inch flip-down monitor, as well as a sound system by Bose, provide loads of entertainment opportunities during journeys. Climate-controlled front seats, covered in genuine leather are part of the amenities available in the Enclave’s cabin. The QuietTuning technology developed exclusively by Buick, also shows off the sophisticated nature of the vehicle’s interior design.

The Buick Enclave Convenience, a base trim priced at just above $39,000, has innovations such as the IntelliLink system with 4G Wi-Fi and the Leather edition costs approximately $44,000. This Buick offers an optional rear entertainment system and navigation system.

A buyer who wants to enjoy the luxurious amenities in the Premium trim will have to spend more than $47,000. This high-end vehicle comes with a basic model of eight-way front seats with ventilation and heating. The Premium and Leather models also incorporate the eight seats instead of the usual configuration that is intended for seven occupants.

The Buick Enclave is outfitted with a 3.6 L V6 engine that’s competent of producing up to 270 pound-feet of torque and 288 horsepower. Fuel is delivered into this six-cylinder engine block with the direct injection mechanism. Variable Valve Timing (VVT) controls the closing and lifting of the 24 valves.

Consider installing the optional engine block heater that can be plugged into any standard AC outlet, if you intend to drive in cold weather often. A six-speed automatic gears system combines with its all-wheel drive or front-wheel drive. The standard Traction Control lowers the possibility of slipping or skidding on a road, by using an electronic system to observe driving conditions in real time.

The Buick Enclave is kept balanced on rough roads by its independent suspension system. The StabiliTrak Stability Control System markedly increases the vehicle’s cornering abilities, by adjusting several parameters. This signature innovation can sense a disparity between where you intend and to go and the actual wheel direction. Your Buick is prevented from flipping over while making sharp turns or navigating very steep terrains because of the Rollover Mitigation. This vehicle is brought to a smooth stop in hazardous situations with the aid of the Four-wheel disc brakes.

The Enclave has the capacity of towing up to 4,500 pounds when it is fitted with the Trailering Package. This package includes a heavy-duty engine cooling system and a trailer hitch. Without such upgrades, the vehicle has a standard towing capacity is 2,000 pounds.

The Buick Enclave gives a fuel economy of 15 MPG in the city and 22 MPG on the highway, according to EPA estimates. These ratings apply to both the all-wheel drive and the front-wheel drive configurations. The Enclave comes with a 22.0-gallon fuel tank that offers a driving range of approximately 485 miles, despite having average efficiency for its vehicle class.

The dual exhaust tailpipes which are covered in stainless steel, are designed without a doubt, with maximum power in mind rather than class-leading productivity. This vehicle overcomes rough surfaces that would otherwise slow down sedans and compact cars with the assistance of dual-flow suspension dampeners.

A 6.5-inch color touch screen is included in the Enclave’s IntelliLink infotainment system. You can access the GPS navigation system that comes with live feeds via SiriusXM NavTraffic, with the swipe of a finger. The IntelliLink portal has many other applications like Pandora Internet Radio and SiriusXM Satellite Radio. Your favorite songs come through the Bose audio system with ten speakers which emit high-quality acoustics. External noise won’t infiltrate the music being played on the premium sound system, thanks to the patented QuietTuning technology. Also, laminated coatings that are designed to block and absorb external sounds cover the car’s windshields.

Just pull down the 8-inch LCD connected to a DVD player, to keep the rear passengers happy during long trips. This premium rear entertainment system also has two wireless headphones. Additionally, portable electronics that aren’t compatible with 12-v ports or USB ports can be plugged in with a 120-v outlet with three prongs.

Both the driver and passengers can connect to a 4G LTE Wi-Fi network at any point with a subscription to OnStar. With no loss in signal strength, his wireless internet connection accommodates up to seven devices at the same time. Two universal tablet holders are installed on the back of the headrests of the front seats for the use of passengers in the second row.

With the utilization of a radar technology, the Buick Enclave’s Side Blind Zone Alert can know if another vehicle is currently in your blind spot. When another vehicle is identified, the corresponding side mirror will blink warnings. In the same way, cars that are up to 65 feet behind you can be detected by the Rear Cross Traffic Alert. The Lane Departure Warning will emit visible and audible alerts if you try to switch a lane but didn’t put on the appropriate turn signal.

If you approach another car too quickly, your attention will be gotten by the Forward Collision Alert. The Rear Parking Assist which is connected to several ultrasonic sensors helps you back up this vehicle into a parking space, confidently. For parking in reverse, you may also rely on the rear vision camera.

The Enclave offers excellent protection during crashes, in addition to having advanced active safety technology. There is a front center air bag that creates a barrier between the front passenger and the driver during a side collision. All three seating rows are fitted with curtain air bags as well. The deployment of all air bags inside this spacious family vehicle is controlled by the Automatic Occupant Sensing System. The Automatic Crash Response which is a part of the OnStar Guidance Plan is also triggered by the inflation of the air bags. Subscribing to this plan grants you access to other services, such as Roadside Assistance, the Advanced Diagnostics and Stolen Vehicle Assistance.

How it Stacks up against the Competition

The Chevrolet Traverse, a crossover SUV that’s available with three rows of seats, takes a good position against the Buick Enclave. This family-friendly Chevy is fitted with a plethora of high-tech features such as the MyLink infotainment system with 4G Wi-Fi and Navigation. The Traverse, since it’s not considered a luxury vehicle, is less expensive than the Enclave.

The Cadillac XT5 which is classified as a luxury crossover SUV competes seriously with the Enclave. This high-end Cadillac is available with Pedestrian Collision Mitigation, the signature CUE infotainment system and head-up display. The XT5 is a class leader in efficiency with its Active Fuel Management and Automatic Start-Stop. The Enclave Premium is, however, less expensive than the XT5 Premium Luxury. 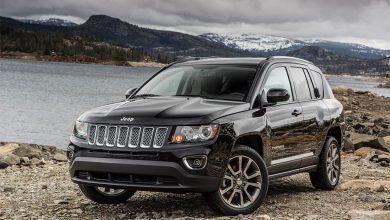 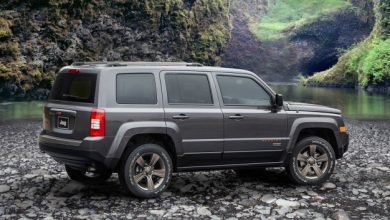 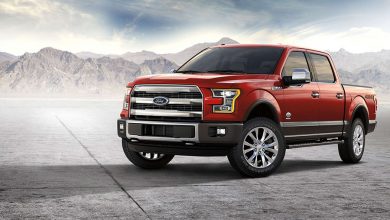 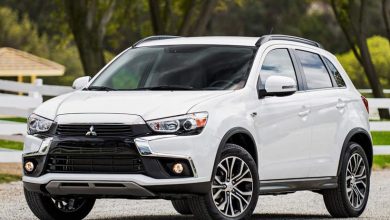 SUV vs Crossover what is the difference?